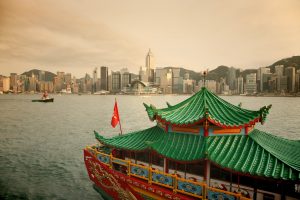 Ba Zi Suanming (八字算命 bā zì suànmìng) occurred in China more than 2000 years ago. In its present form it exists since the Song dynasty (968-1278).

The study of the human destiny and the effort to influence it advantageously are an important part of the Chinese culture creating a huge amount of literature about topics like astrology and prediction.

Ba Zi as it is practised today mainly bases on the book The deep ocean of Zi Ping written by Xu Dasheng in the 12th century according to the teachings of the Ba Zi master Xu Ziping (907-60).

This method has been very popular in China until the communist era when it was defamed as superstition, together with the other traditional metaphysical arts. This resulted in the emigration of experts to other places where they continued to practice. For this reason these teachings found their way into the West, a trend intensified by the globalisation.

With the rediscovery of traditional Chinese Metaphysics these days the interest in Ba Zi has also increased again in its country of origin.