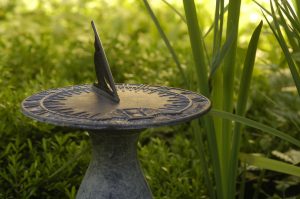 The selection of a date (chin. 擇日學 zé rì xué) has got a long history.

This method probably arised during the Han dynasty (206 BC – 220 AD) and was an intregral part of the Chinese Metaphysics since the period of the Three Kingdoms (220 – 280 AD). It prospered particularly during the reign of Emperor Qian Long (1711-99). Even these days there are masters in Hong Kong and Taiwan practicing solely date selection.

During the imperial age date selection was primarily used for military operations and government affairs, but also for seeding and harvesting as well as for important private activities.

We can’t change the wind, but we can adjust our sails.
(Aristoteles)

Years, months, days and double hours are displayed as two-part pillars whereby the upper part is called Heavenly stem (天干 tiān gàn). Because there are Five Elements there are ten Heavenly stems when you divide them into Yin and Yang.

The lower part of that pillar is called Earth branch (地支 dì zhī) corresponding with the twelve signs of the Chinese zodiac. Together with the Heavenly stems there are 60 possible combinations (and not 120, because only elements with the same polarity are able to combine).

The relationship between the elements and other energetic influences on the respective days make it possible to predict which days are good for a particular activity and which are to be avoided.

In Asia even today there is published a yearly almanac (chin. 通書 tōng shū) containing apart from time measuring information about fortune telling, astrological phenomena and position of stars. For a professional date selection there exist furthermore some other efficient methods.

If you plan something important like a marriage, a real estate purchase, signing contracts etc. without paying attention to a good date for you individually you can risk to act against the prevailing energies of the universe or heaven. This could result in a failing unless you swim with the current of time.

Something important to do? Get a date selection!