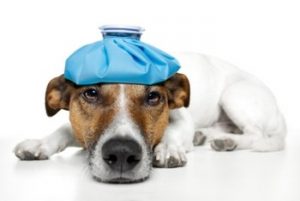 According to the concept of Geopathology (from Greek „earth“ and pathological „morbid“) earth rays are caused by neutrons constantly released through decay processes inside of the earth which are normally harmless, but certain layers of earth make them slow down extending their cross section.

When they enter the body they are captured by atomic nuclei which then decay and emit alpha radiation. This can damage the DNA in the neighbouring cells and will cause health issues in the long run, if you sleep or work at such a place.

These insights base on empirical knowledge. In spite of numerous scientific studies demonstrating the injurious effects of fault zones, they currently don’t comply with the generally recognized state of medical and scientific knowledge, particularly as geopathic disturbances traditionally can only be detected by a dowsing rod or a tensor.

Nevertheless, their impact on living beings cannot be denied: cats, ants or healing herbs like such places, whereas the cattle, dogs and fruit trees react sensitively to them. Babies and toddlers have difficulties to sleep at such places.

You can also bring artificial fault zones to your home caused by pumps in pools, aquariums, waterbeds, heating oil tanks, underfloor heating and so on.

What can you do?

A healthy lifestyle and a positive approach to life can support your organism. Having a hunch that you sleep or sit upon a fault zone you should move your bed or desk and look if it gets better.

An award-winning study about the harmful effects of geopathic stress with 8200 patients has proved that a bedroom refurbishment can improve and even set free of symptoms in many cases.

An on-site geopathic inspection can clarify whether there exist the following problems in your house and what you can do about it: